I couldn't wait to start voting. Because at 18, I learned firsthand how lawmakers can affect your life. 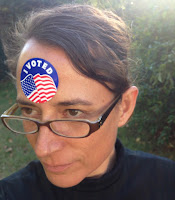 I’ve voted in every election I could, no matter how small. Because as soon as I turned 18, I learned firsthand the impact lawmakers can have on your life.
Three years earlier, my family lost its breadwinner when my mother was killed in a car crash. Soon my father couldn’t pay the bills, and after his car nearly got taken away, I began giving him the death benefit checks I received from the Social Security Administration, which was paying me the money set aside for a retirement my mother would never enjoy.
And though my father and I still needed those checks when I turned 18, the payments stopped as soon as I graduated high school. But that hadn’t always been the case, I learned from a friend who worked with my mother in social services. She said kids like me used to get death benefits from their parents' accounts until age 22 while still in school — until President Ronald Reagan signed a law in 1981 implementing many cost-cutting measures, including that the money my mother earned could not be used to help me attend college.
This was bad policy for not only me, but the program itself. Choosing to save money by not helping me earn a college degree is incredibly shortsighted, because with a college degree I very likely earn much more money to pay into Social Security. Therefore, the goal of the program should be to help as many young people as possible attend college.
And I’m sure if you asked my mother how she would want the money she earned to be spent, it would be to help her daughter through college. Because without that help, I spent the next five years struggling to complete two years worth of classes at community college, often only taking one class a semester as I worked full-time, and briefly moving onto my sister’s couch when I couldn’t pay my rent.
And when I finally transferred to a university at 23, all those years of working full-time meant that I did not qualify for financial aid. Why? Because the federal financial aid applications used your last tax return to judge your need. And while students who had been living with their parents before college qualified for lots of grant money because they didn’t need to work as much, my income as someone who had been supporting herself was too high. (Seriously: Was there really no one in the financial aid system who could have predicted this backwards math that punished the low-income people it was supposed to help?) 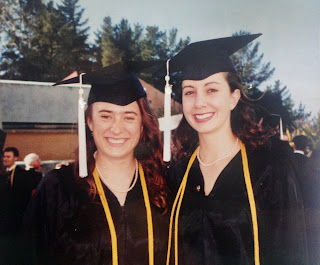 But I was still determined to get a four-year degree, and, finally, several years after I graduated high school, I earned a Bachelor of Science from the California Polytechnic State University.
That was cool. And remains my proudest achievement. I hang two things on the wall next to my pillow: a photo of my mother and a framed copy of my degree.
And all those years I spent earning that degree turned me into a voter who prefers candidates who believe a strong social safety net, such as free school lunches, free college tuition and Social Security, is the best way to serve the human beings they set policy for. Most importantly, though, those years turned me into a voter.

Posted by Justine Frederiksen at 11:44 AM No comments:

Every day my grandmother wrote down what time she woke up, where she ate breakfast, what movie she went to see, what mail and phone calls she received, then what she read and watched on TV before going to sleep.
In 1995, she was 79 years old and living alone in a mobile home park in Santa Cruz, Calif., but I wouldn't describe her as lonely; she was an extremely independent and persnickety woman whom I never knew to live with another person or even a pet. She was still traveling alone, corresponding with people  she met on those trips, and always keeping up with current events. (I wrote more about her life in an earlier post.)
Close to her home was the famous surfing spot called Pleasure Point, and she loved walking to the ocean and watching the surfers. When she died at 97 in 2013, I took her ashes to those waves with a friend of hers and we each dropped some at the sand. A moment after I dropped mine, a surfer emerged from the water where I stood.
That was cool.