My Grandmother's Journals: December, 1995 (Bonus this month: My journal entries)

Travels with grandma: Paris and London, 1995 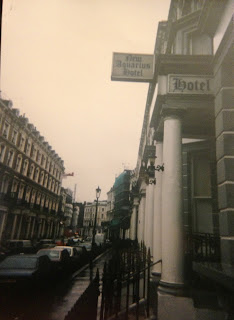