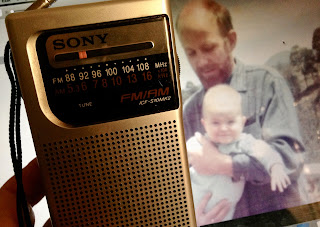 Reception at our house was poor, so unless he was outside doing chores, he had to sit with his radio hanging next to the large kitchen window in order to make out at least most of what was happening.

But he didn’t want to miss a second of the game the 49ers played on Jan. 10, 1982, the NFC Championship match with the Dallas Cowboys. So since the radio reception was much better in our Chevy van, he decided to drive around while listening to the end of the game. And since I had nothing better to do, I hopped in the van with him.

I remember us slowly circling a flat, sparse neighborhood near the ocean as the game neared its end. I don’t remember any of the action or why it mattered, but I can still see my father suddenly throwing his fist into the air and crying out, the van swerving until he put both hands back on the steering wheel.

Now I know exactly what that moment was for everyone else: “The Catch” made by Dwight Clark to win the game and send the 49ers to Joe Montana's first Superbowl victory. But to me, it was the moment I became a 49ers fan for life.

A 49ers fan who will always prefer to listen to their games on the radio, picturing my dad and me in our Chevy van, that usually quiet, reserved man suddenly exploding in joy. Forty-niners games will always help me relive one of my favorite memories of my childhood, and definitely my favorite memory of my father.

Posted by Justine Frederiksen at 9:07 AM No comments: 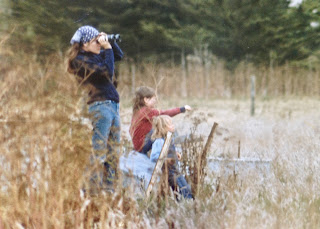 New Year’s in New Mexico: Nowhere to eat after the last fun night with my sister

At the end of 1996, three young women drove to New Mexico to welcome the new year. But 1997 didn’t feel welcoming to them when they woke up in a tiny town with nothing to eat because all the businesses were closed for the holiday. So they hit the highway with growling stomachs, wondering how far they’d have to drive to find breakfast, when they finally saw a building full of light and people: McDonald’s.
That was cool.
I remember sitting with my sister and friend Karen, for once feeling grateful for the hard chairs, bright lights and beeping noises of a fast food restaurant because that morning it meant warmth, food and coffee. And for many years, us sitting relieved and happy in that bustling restaurant was my favorite memory of our trip.
But now I treasure even more the night before, because it was the last time I remember having fun with my sister: A sister that was fully present, relaxed and happy.
The night began with us setting off sparklers, which we hadn’t done since were kids, because they had long been illegal in our home state of California. But New Mexico still allowed fireworks, so we bought a box of sparklers and set them off in the motel parking lot.
I imagine that for just about everyone else our age, standing in an empty parking lot setting off a box of sparklers sounded like the lamest way in the world to spend your New Year’s Eve. But I couldn’t have been happier because I was with my sister again, and holding the sparkler sent me back to our house, with our parents watching us set off fireworks on our quiet street.
After the sparklers, we became adults again and started drinking. We didn’t want to go to a bar, so in our hotel room my sister introduced me to something that sounded disgusting but turned out to be quite good: Root beer and Southern Comfort. Mostly I was just happy to be drinking Southern Comfort again with my sister, as both were there the first time I got drunk.
Once she was tipsy my sister decided she needed a cigarette, but we used all her matches for the sparklers. When they didn’t have matches at our motel office, we set out along the main drag, three semi-drunk young women in a small town on New Year’s Eve. I can’t remember how many gas stations and motel offices we went into, or how many cars full of men slowed down to inspect us as we walked along the highway, but eventually we got matches and we all got back to our room safely.
I had no idea that our mission that night was foreshadowing our morning, when we once again hit the road on a quest that took much longer than we expected. And I had no idea that setting off sparklers behind a motel in Carlsbad, New Mexico, would be a memory I would forever treasure.
I spent two decades trying to get back to that parking lot, that feeling of being with someone who had always loved you and always would. For years I convinced myself that the person who didn’t take my calls, wouldn’t answer my emails and never really seemed to enjoy herself once I finally got her to spend time with me, wasn’t really my sister.
No, my real sister was locked away, and I just needed to find the right key to free her, find the right combination of me that she could love again. I couldn’t accept that she had always been free, and my problem was me.
Me not accepting that this was all the family I had left. With my mother dead and my father gone, didn’t I deserve a sister who loved me? And if I couldn't make her love me, this person who knew me better than anyone, how could I possibly hope that anyone else could love me? 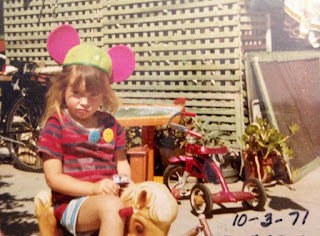 But other people did love me, and wanted to be part of my life. They took my phone calls, answered my emails and enjoyed spending time with me. Yet I couldn’t stop chasing the person who didn’t.
I realize now I had been chasing her my whole life, forever the little sister begging my older sister to play with me. And instead of straining to go back to our childhood, I needed to finally leave it. To finally realize that I would never be happy until I let go of this dream of a sister, and instead focused on the people who wanted to focus on me.
That was cool. Because it is so much better for everyone that I finally let her go. Finally understood that people aren’t who you want them to be, they are only who they are. And that relatives are people who share your blood, but family are the people who love you.
And while your relatives can love you, often the best families are the ones we find. Because what’s cooler than someone sharing your life because they want to, not because they had no other choice? 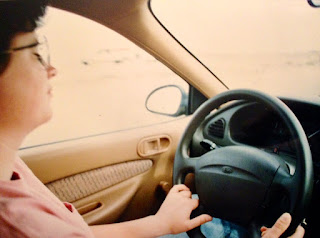 Our trip was made possible by my grandfather, who bought me the car we drove.
Posted by Justine Frederiksen at 5:30 PM No comments: